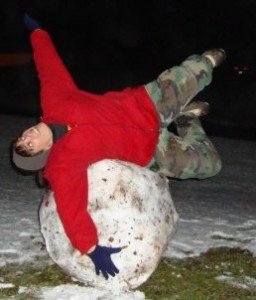 Leanne Kinney was born at a very early age in Gainesville, Georgia.  She started playing piano at Brenau College Preparatory Department as a young girl, and immediately began seeking ways to make money at it.  Twenty years later, she found a niche accompanying musical theatre in the community.  Subsequently she has accompanied numerous shows and has been the musical director for shows at Gainesville High School, White County High School, North Hall High School, the Gainesville Theatre Alliance, Piedmont College, and the Holly Theater.  She studied commercial piano at Belmont University in Nashville, and completed her MAT in music education at Piedmont College.  She taught previously at Riverside Military Academy and North Georgia Christian School (nka Lanier Christian Academy.)  She is the parish musician at the Episcopal Church of the Resurrection in beautiful downtown Sautee-Nacochee, Georgia.  Currently, she spends her time as a performing arts teacher at White County High School, a freelance musician, single mother to hundreds of children who aren’t hers, and a homemaker in the home that she occupies alone with her two cats.  It’s a good life.

(Thank you, Kevin Gilbert, for making this blog possible!)