“Confidence comes not from always being right
but from not fearing to be wrong.”
– Peter T. McIntyre

Once upon a time I was a daredevil.  I was doing things that made my mom laugh (and probably scared her half to death) long before I can remember.  She still tells stories about how I would exit my high chair.  At my Nan’s house, the strap that was supposed to keep me from sliding out the bottom was broken, so (of course) I liked to slide out the bottom.  At home, I just climbed up on the tray and made my leap of faith.

I was too young to remember the first times I went down the slide at the pool, or jumped off a diving board.  Dad was always there to “catch” me; he really just stuck his hand out for moral support and then got out of the way.  I was probably in elementary school before I figured out that no one—not even my father—could stand on the bottom of the pool in the deep end.

Later, I was prone to climb up on Nan’s garage or up in her apple trees, just to get a new perspective.  By night, I would climb out on the roof outside my bedroom window so I could see the stars.

I loved high diving boards, rappelling, zip lines, ropes courses, giant swings, and roller coasters.  I still can’t ride in an airplane without pressing my nose against the window for the entire trip—even if I’m flying over the ocean at night.

Yes, I’ve jumped out of a plane.  It was one of the best days of my entire life.  It was my Gonzo the Great moment, and I do hope to go back there someday. 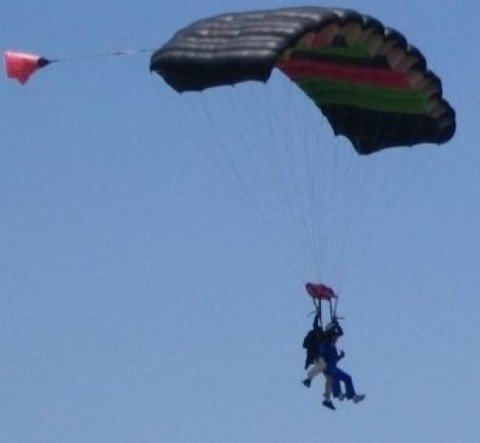 Jumping was such second nature that I found it hard to be patient with people who are afraid of falling from heights.  I used to teach swimming lessons to little kids, and the diving board days strained my patience.  I would count down for them.  (Helpful tip:  Always count backwards.  It gives an ending point.)  “3…2…1…”  Nothing.  “Oh, come on.  You can do it.  It will be fine.  3…2…1…”

In my heart, I was always thinking, “Sheesh.  Get over it.  It’s water.  You swim.  Have you EVER seen anyone break an arm jumping off a 1-meter board, for the love of all that’s holy?  No!  JUMP.”  (Note:  I used to hit the board.  Regularly.  I didn’t care.)  Same for ropes courses—“You have a HARNESS on, for heaven’s sake.  Just GO.  You’re CRYING?  Stop it…just freakin’ fall already!” (Note:  I once did a ropes course with injured hands.  We didn’t want to risk further injury with the trapeze at the end, so I did a free-fall instead.  It was a blast.)

But I said I used to be a daredevil.  Something awful has happened recently.

Last summer, I was doing a show in an old gym, and they had scaffolding up to hang the lights.  I asked the director if I could watch from the top.  I got halfway up, and my chest started to tighten.  My nose started to sweat.  I could hear my pulse.  I sat on the top board, and suddenly the world didn’t as stable as I remembered.  Gravity seemed to be out to get me.  I only stayed up there for the first act, and I am admitting to the world right now that I sat there with a strap from the scaffolding tied around my waist, just to make me feel more secure.

I hoped it was just a momentary lapse, but when I went up on the roof later to clean my gutters, I had the same feeling of terror.

I’m not happy about this.

The worst part is that it’s not just about heights, either.  I’ve realized that I’ve become “happier” lately as I’ve stayed in secure places, safely tied in or on solid ground.  I’m content in my comfortable, consistent surroundings.  There are less opportunities for handing over my heart.  I’m in a town where people have known me for years.  There isn’t much to risk anymore.

When I’m not planted on terra firma, I panic.

I could justify my fear:  I’ve been hurt.  I’ve been disappointed.  I’ve lost jobs.  I’ve been rejected.  I’ve been criticized.  I’ve been alone.  Little kids don’t fear falling like we do.  (Have you noticed that?  I know a lot of little ones who like to fall down on purpose.  They love it.  They won’t stop doing it until a reasonable, mature adult says something like, “Stop that!  You’re going to hurt yourself!  I said stop that right now or you are going to get a SPANKING!”)  Until they have been taught to fear getting hurt, children love to fall.  It isn’t surprising, then, that they feel safe about what they want to do.  They will talk to anyone, love anyone, and dream the grandest dreams they can imagine.

They know someone will catch them.  They know it will be okay.

What happens?  We get hurt.  We get embarrassed.  We get scared.

As I look at that list of my own fears, I don’t see anything about “playing it safe” that would make those things go away.  Nothing.   If I take the safe road, I will still get disappointed.  I will be criticized, rejected, hurt, and more disappointed in myself than anyone could be disappointed with me.  Succumbing to fear does not make life better, and it doesn’t really make it easier, either.

So yes, friends and neighbors, I am going to jump again.  I’ll climb the ladder again, get in the plane again, I’ll apply for impossible jobs, I’ll fall in love again, and I will jump again.  I may hit the diving board again, do a belly flop again, or (don’t read this part, Mom,) finally splat.  But, oh, what is more glorious than having my heart in my stomach and the wind in my face and seeing creation from a whole new perspective?

It will be okay. 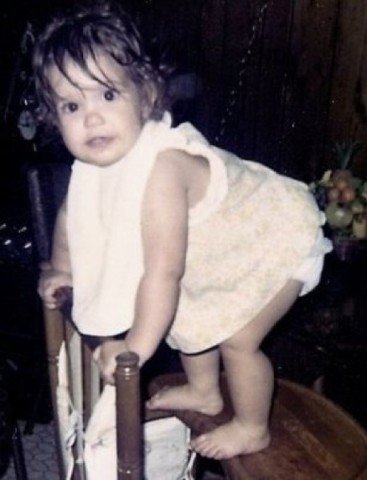