Not the Way I Planned It

If you will indulge me, I think I’m just going to stay in the “get-to-know-me” mode for a bit here. If you already know me, please just bear with me, laugh politely at my jokes, and make some comments that influence other people to think I’m the greatest writer ever.

Never mind that I’m not, in fact, even a writer. I don’t know what I am anymore, honestly. I’m an unemployed, childless, old-maid schoolteacher. For a while I taught chorus and drama, which still cracks me up. I always thought that chorus teachers were stuck-up women who can’t play a real instrument. (Sorry, ladies. Please notice that I tactfully put that in past tense.) I believed that drama teachers are just crazy. (If you’re an offended drama teacher right now, just keep in mind and comfort yourself in knowing that one of us is unemployed and it’s not you.) Before that, I was in landscaping. Yes, landscaping.

None of this was in the plan. I was a sedentary, wimpy, self-conscious child. I used to get the crap beat out of me at recess playing kickball. In the fourth grade I had to get my brother to tutor me. We are still talking about kickball. I lacked both the confidence and the coordination to play kickball, for heaven’s sake. 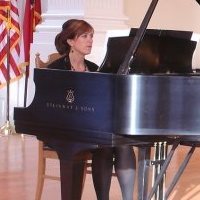 Mom forced me into piano lessons. I hated piano lessons. I had to get a ride with one of our neighbors, and their little girl was as mean as a snake. Once she took the book I was reading and ripped it in half. I would have punched her in the face if I wasn’t so terrified of her. I didn’t really like my first piano teacher, either, but it was important to Mom that I keep going, so I did.

As much as I hated piano lessons, I loved playing the piano. I loved it a lot. But in elementary school, nobody really cared if I played the piano because everyone’s mom was forcing them to take piano lessons.

When I was a bit older, I wanted to go to Julliard and be a concert pianist. At first, my biggest worry about that plan was that it would cost a lot of money. Soon enough I realized that money was no object, because I wasn’t all that great at concert piano type stuff.

I could play keyboards, though! I could be a studio musician instead. It only took me two years of college to realize that, relative to the other people who play keyboards, I sucked at that, too. 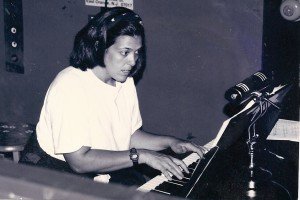 But I was only about 20 when I figured that out, so my career was not a huge worry to me. I planned to be married by the time I was 25, and being a studio musician would have been difficult on my family life anyway. I planned to have kids. How many kids? I don’t know—more than 2, less than 7—too many to juggle if I was a working musician.

That plan didn’t really pan out, either. My quarter-century birthday came and went. In fact, I’m more than a decade and a half past the 25-year mark, and still haven’t started dating.

So what does this all mean?

I honestly don’t know. I can only say where it has taken me.

I have a BA in philosophy, or, as I like to call it, a BA in BS. As useless as that degree may sound to some people, I am proud of it. I had to think, I had to write, I had to learn ethics, I had to question my faith, and I still love and respect the people I met on that path. It was where I needed to be.

I spent 13 years in landscaping, and 8 of those years working for myself. Although I believe I’m through with that field (rimshot) it was a good starter career for me. I learned to work my tail off, to be self-sufficient, to solve real problems, to work for and with a wide range of people, and to run my own business. In other words, I learned confidence.

I said I never wanted to be a teacher, but while I was landscaping (after I moved back to Georgia, unmarried) I picked up a lot of jobs accompanying, which led to jobs as a musical director, which is another way of saying I was teaching. I loved it, one job led to another, and I ended up getting a master’s in music education and teaching full-time. 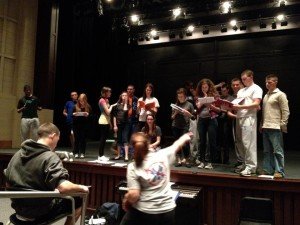 In other words, I never figured out what I really wanted to be when I grew up, but it figured me out.

I never married. I never had children.

Or, at least, I never bore children. This particular blog entry has taken me about twice as long as usual to write because I’m answering messages in another window from two of my “sons.” (It’s not exactly the same sort of distraction as changing diapers, but that is a paean of gratitude for another blog.) My refrigerator is covered with pictures of my children, and several of them have their own children now. I spend more time with people between the age of 16 and 25 than I do with my peers, and I thank God every day for the students in my life. 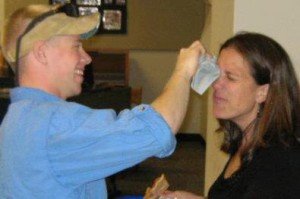 What would have been different if my life had been the way that I planned?

Would I have ever gone into landscaping? Probably not. Would I have still done the shows I did? Maybe, but I doubt I would have invested myself in it the way that I did. Would I have gotten my master’s degree? Heck, no. I never wanted to teach.

Would I have been as happy as I am now?

I can’t imagine how.

Life isn’t about lowering our expectations, but perhaps it’s about letting go of them.