Nothing More Valuable than a Dead Cat

“In Zen Buddhism a master was once asked what was the most valuable thing in the world, and the master answered that a dead cat was, because no one could put a price on it.” Raise High the Roof Beams, Carpenters, J.D. Salinger 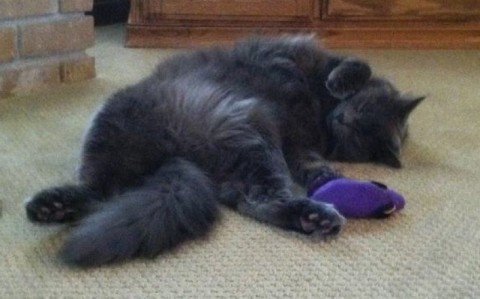 This is a story about a cat funeral, but it requires a bit of history.

I’m not a dog person. I like other people’s dogs for the most part, but I don’t keep one at my house primarily because they are too needy. I don’t want to be jumped upon and slobbered on when I get home. (Maybe this is why I’m still single, too.)

When I was in Nashville, I lived alone and thought I’d get a pet. There was a sign at the corner grocery store advertising free kittens. I called the number, and a sweet little old lady answered. She had found 3 kittens in her barn, but only wanted to keep one, which was perfect. I had heard that 2 kittens were better than one for single people, because one by itself gets lonely, bored, destructive, etc. when they are left home alone.

My brother and I had a great conversation over the phone about what to name them. Among the top rejected names were Rinse & Spit and, my favorite, Ev & St’Betsy. (You may have to say that one out loud to understand it. Just remember that if you use it for your pets, it was not your idea.) In the end I settled on Hoot & Anny.

That was 1994. They moved back to Georgia with me a couple of years later, sometimes living with me and sometimes having to stay at my parents’, depending on where I was living at the time. We finally moved into a house of our own, together, in 1999. When I was at home, they were never really out of my sight for the next five years (until August 29, 2004, to be exact.) Anny didn’t show up for breakfast one morning. Hoot and I looked for her for two days. When I say “Hoot and I,” I mean that I walked through the woods calling her and he was right at my feet, meowing the entire time as I called.

My mother said that she was raptured, and I made the comment that I didn’t think cats could be raptured. They’re too violent and, as a species, selfish. (I have to say that my cats tend to become dog-like in their loyalty, however.) I don’t remember where Hoot was when I made this comment, but now I think he must have been in earshot.

After Anny’s disappearance and my mother’s comment, he changed his eating habits. He would come in the porch and meow loudly at me until I went to his food bowl, but he would not eat his food until I asked God to bless it.  I’m not making this up. He also went over to my parents’ house, crouched on the floor, bowed his nose between his paws in front of my mother, and closed his eyes. She swore that he was praying, and that after Anny disappeared (or was raptured) Hoot found Jesus.

Back to the story at hand: In 2006 my parents had two cats that lived at their house full time. Miss Bea was a fully-functioning, rodent-catching, marble tabby with wonderful green eyes and fishhook claws that tell you when she doesn’t want to be petted. She showed up on the back porch about 14 years before, full-grown, skinny, and sick. We took her in (which is an odd phrase when it comes to stray cats; they show up and just don’t leave) and she was fat and beautiful, albeit oddly colored, ever after. Their other cat was a solid black, long-haired, purely ornamental cat that I found under my house. His primary function seemed to be holding down the couch, so he doesn’t come into this story.

One Saturday morning, my mother told me that Miss Bea didn’t show up for breakfast. We didn’t see her all day, and she didn’t show up again the next morning. After lunch, I was looking around outside their house. Hoot was lying in the driveway, and I asked him if he had seen Bea anywhere. (Maybe I’ll write another blog sometime about my conversations with Hoot. He also liked to sing.) He didn’t really answer; he just looked at me, which was unusual for Hoot. He liked to talk. I asked him if he wasn’t saying anything because he didn’t know or because he didn’t want to tell me, and he still just looked at me.

When I went around to the front porch, it occurred to me to look in the azaleas; she liked to sleep there. Sometimes her coloring made her hard to see so I understand why we hadn’t seen her before, but there she was, and there she wasn’t, if you know what I mean. I called my folks (they had gone to visit my aunt) and told them that I’d found her, that she didn’t look like she had suffered, and that I would take care of her body.

I went home to change clothes and get the shovel, and when I came back, Hoot was standing on the porch over her. He just looked at me, and he still said nothing. He moved out to the front yard while I dug a deep hole right behind her azaleas, wrapped her in a towel, put her in a bag, and laid her in the hole.

While I was doing this, I explained to him that Bea had been very considerate to die where we could find her. We don’t like to worry that she had been eaten by wild animals or poisoned by trashy neighbors. He listened, but said nothing; he knew first-hand the agony of searching for Anny when she disappeared.

When I had covered her up, he walked over and put both of his front paws on the dirt of the grave, looked up at me (still saying nothing,) and turned and walked home to my house. It was a solemn moment between us, and I knew that we could talk more about it later.

A couple of years later, Smudge (the ornamental cat) died horribly of one of those awful cat diseases.  It was the first time Hoot was ever a single-child cat, and he didn’t handle it well.  We got our current cats, Bonnie & Clyde, hoping that he wouldn’t be lonely.  He didn’t handle that well, either, and he disappeared at the age of 13.

I miss our talks. 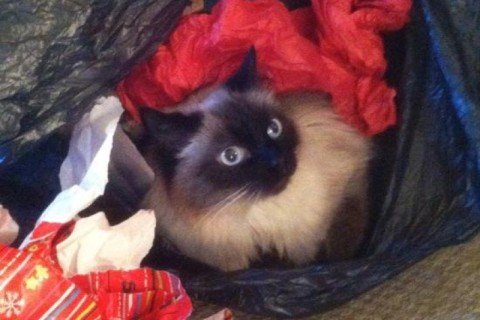 (Photos:  I was too lazy to dig up pictures of Hoot & Anny.  Bea did not like the paparazzi.  One of the great ironies of life was that Smudge, the ornamental cat, was probably the most beautiful cat we ever had, but because he was completely black he was nearly impossible to photograph.

These are Bonnie and Clyde, 2012.  They are the reason that Hoot asked for an early rapture, I believe.  And no, Clyde is not really dead in that picture.  He’s just drunk on nip.  We didn’t throw Bonnie away, either.  She’s just creating a visual metaphor of how badly she believes she is treated relative to her perceived worth to our family.)
jogar casino gratis