What I Learned from Swimming Lessons 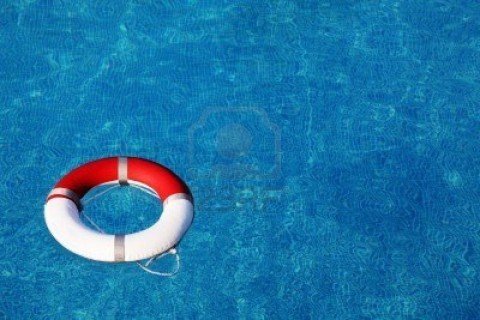 Lately I have found myself praying a prayer I’ve prayed several times before: Please don’t test me. Please don’t let this hurt. The last year or so has rough patch in life, but I know that this is not normal and this is not fun. I have sincerely given thanks for the peace I’ve had in the process, but a tough time gets harder as it drags on.

Please don’t test me. Please don’t let it hurt. As I wrote those words to God, I knew that I was in his hands, and I thought about a sweet little 4-year-old girl named Olivia.

She wanted to learn to float on her back, which can be a lot of fun once you learn the trick of it. It’s not just fun, it’s darned useful. I don’t remember how young I was when I learned to pop up on my back and kick, but that was my preferred method of getting through the water for many years. I would launch myself into any depth of water fearlessly because I knew how to do that. Floating on your back doesn’t involve getting any water in eyes or nose, so it’s a wonderfully painless way to swim once you learn the trick.

What’s the trick? Relax, be still, and balance. As I’m writing this, I realize that it would flow better if I said “be still, relax and balance,” but that is not how you float.

I said “easy” steps, but I’ve taught enough kids to know that it doesn’t really come easily. They don’t relax on their back easily in the water, they aren’t naturally still (in or out of the water,) and because they can’t do either of those things easily they rarely get to the point where they can even attempt to balance.

I have to help them. With little Olivia, I had her put her head back on my shoulder while I put my hands under her back. On the first day that was as far as we got. If I lowered my hands at all, she would stiffen up and start to sink. Her head would pop up and she would go upright. On the second day she was determined to make it work. She made her body go limp, so I tried to move my hands. Even though she still had her head on my shoulder, she wasn’t ready for me to let go, so we adjusted. I put my arms under her arms, by her sides. She could feel them there with just her fingertips, so she knew that if she messed up she could just grab me. Eventually, she allowed me to move out of the way. (We didn’t get much balancing done, but she is only four, for heaven’s sake.)

Please don’t test me. Please don’t make this hurt. Life is uncomfortable when we feel like we’re out of control. It’s hard to imagine anything good coming out of a situation when we have metaphorical water up our nose, and the more we flail the worse it gets. But this is about trusting who holds us.